This topic traditionally brings plenty of eye-rolling from the customer service, marketing and engineering departments at companies. It also brings a lot of grudge-clicking &... 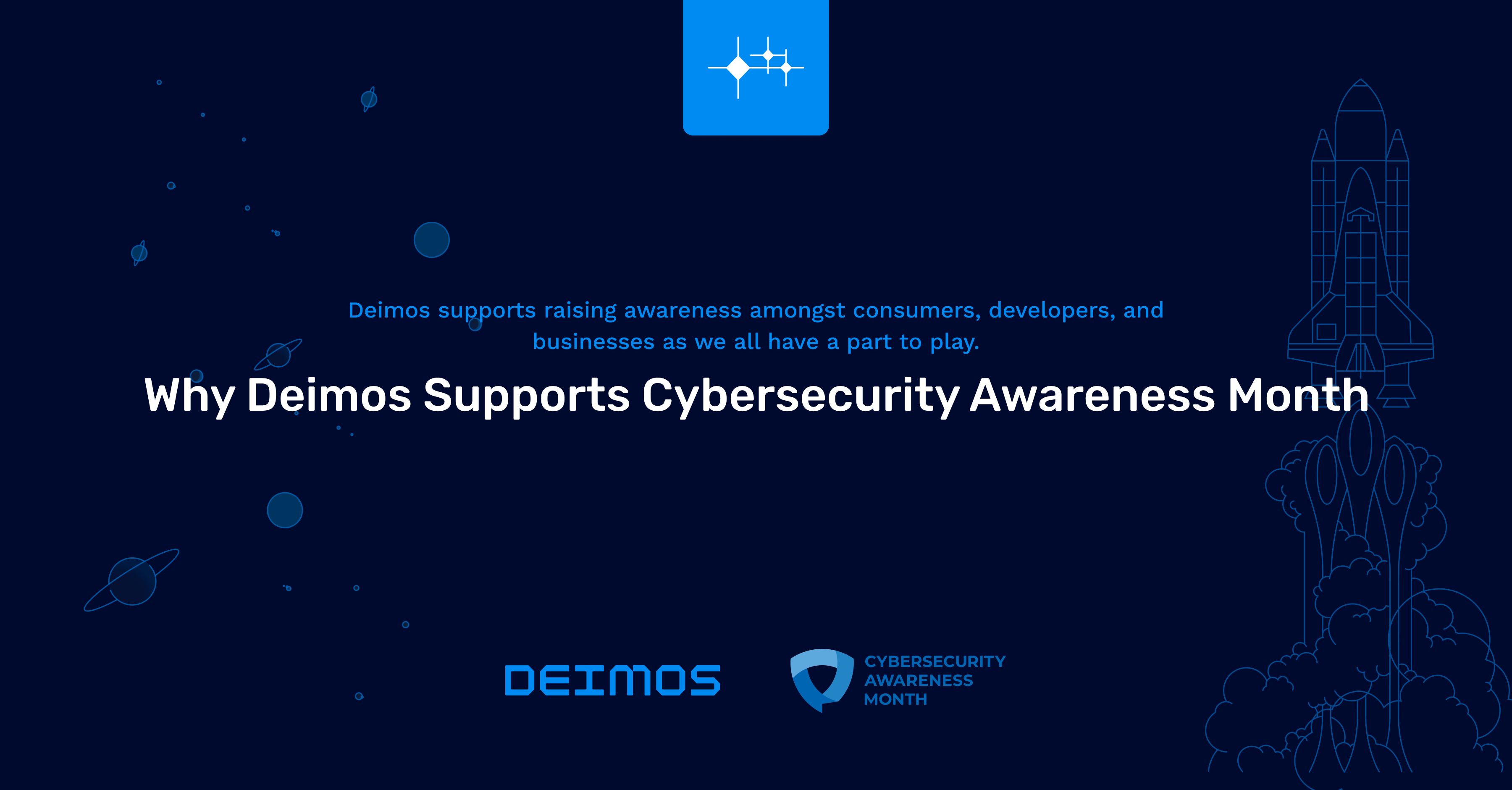 This topic traditionally brings plenty of eye-rolling from the customer service, marketing and engineering departments at companies. It also brings a lot of grudge-clicking “OK I got it” by digital bank users and other financial applications.

Most people, consumers and businesses alike, don’t seem to care until it’s too late. The worst part about cybersecurity is that it’s typically ignored until it’s too late, where funds are stolen, data breached, systems taken over, and then like clockwork, it’s all of a sudden the highest priority in the room.

Deimos supports raising cybersecurity awareness amongst consumers, as we all have a part to play. A core focus of ours is that we encourage, design, and assist developers and site reliability engineers in implementing software security improvements to drive the adoption of better engineering practices that result in safer software. This, in turn, protects companies and the end-users.

Shift left, prioritize, educate, whatever it is, let’s give Software Security the awareness it deserves and support!

This October, we will touch on basic security tips and tricks, all the way through to securing containers in the cloud and automated security scanning, that any developer and team can adopt and implement.

LinkedInTwitter
or copy the link
https://deimos.io/post/why-deimos-supports-cybersecurity-awareness-month